Does Real Salt Have the Iodine We Need? 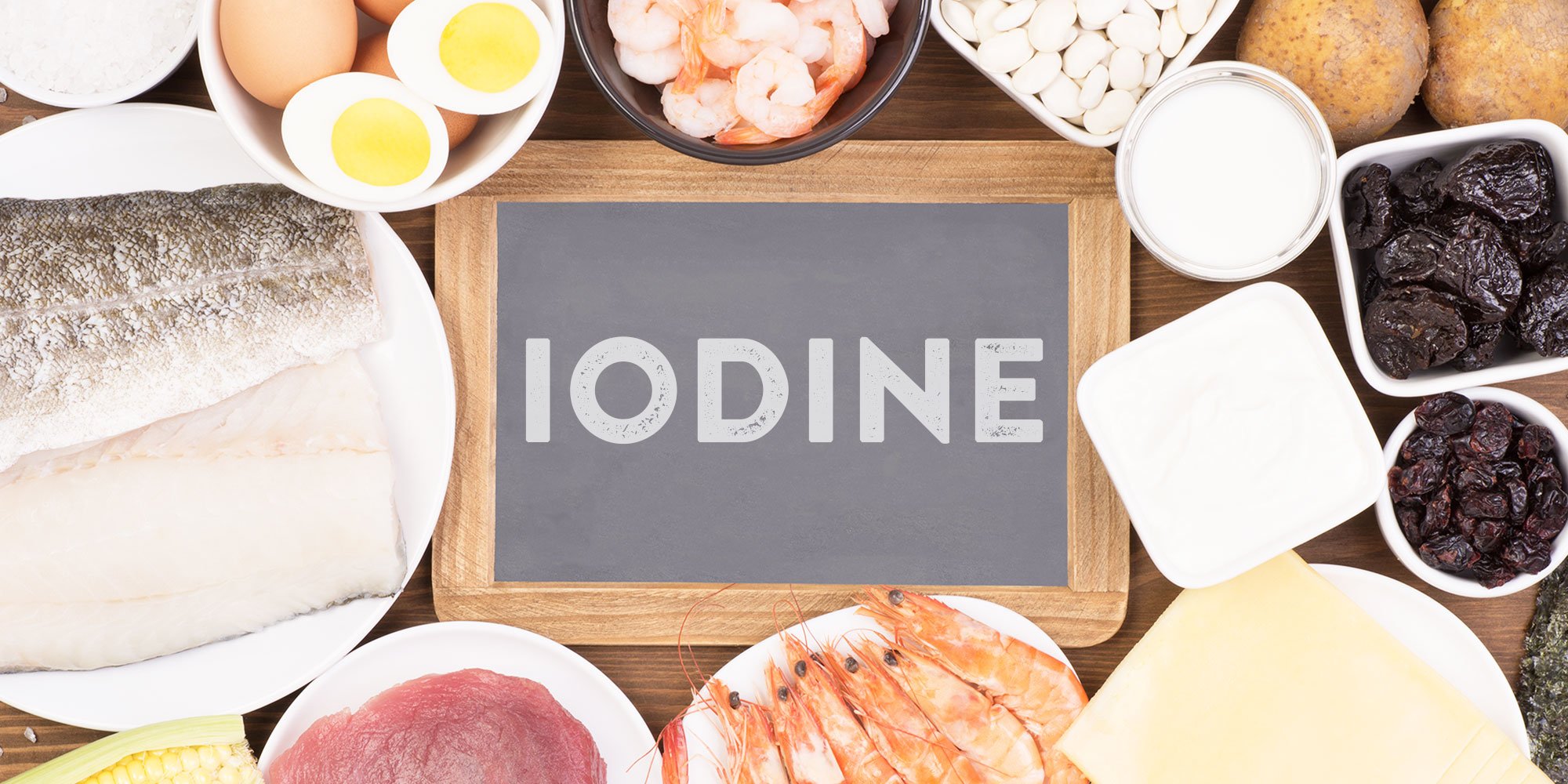 If you’d been on a certain bridge in Sarajevo in late June of 1914, you might have been unfortunate enough to witness the assassination of Archduke Franz Ferdinand. If you were particularly savvy, you might have predicted that the assassination would change the world forever— it was the spark that ignited the First World War— but you probably wouldn’t have guessed that it would also change salt forever.

A few years later, the United States military noticed something about young men from the Midwest: many of them were unfit for service because of enlarged thyroid glands. A panel established to determine the cause discovered that the soil in the Midwest had become iodine deficient, and, as a result, so had many Midwesterners. Without iodine we humans tend to develop goiter, and as any general knows, men with goiter make poor soldiers.

So a group of Very Smart People set about finding ways to supplement our diet with iodine. (We could have started eating more fish, eggs, seaweed, cow’s milk, onion, garlic, pineapple, or artichokes, but Very Smart People have always thought that relying on nature is old-fashioned.)  Eventually, these Very Smart People discovered that potassium iodide could be added to table salt, and as long as they also added sugar (dextrose) to prevent the iodide from yellowing the salt, the population wouldn’t be able to tell much difference.

Was This Iodized Salt Experiment a Success?

That depends on who you ask. Iodized salt did have an impact on the iodine levels of people living in America’s “goiter belt” at the time. Unfortunately, another group of smart people more recently examined the usefulness of iodized table salt and found it to be less effective than the Very Smart People had originally hoped.

Dr. David Brownstein, a board certified family physician and an expert in thyroid disease and iodine, as well as other doctors and scientists, have discovered that the iodine added to salt is at best about 10% bioavailable — which means that if you consume 100 micrograms, your body will only be able to use 10 micrograms. Iodine that occurs naturally in food is almost 100% bioavailable.

Iodized table salt also has other big downsides, like the fact that it’s heavily processed and all the healthy minerals (besides sodium and chloride) are removed. One of the minerals that gets removed is potassium, which can protect your body from the potentially negative effects of excess sodium by helping the kidneys process it more efficiently.

Iodized table salt often contains unhealthy additives like anti-caking agents, bleaching compounds, and that sugary dextrose I mentioned earlier too. So, even though iodized salt does contain iodine— a mineral your body needs— it also contains a bunch of other stuff your body’s better off without. All in all? Iodized salt probably isn’t very healthy for you.

So, Does Real Salt Contain Iodine or What?

I know, you’re thinking I’m dodging the question. Here’s the answer. All salts, even the ones that haven’t been iodized, contain some naturally-occurring iodine. And Real Salt is no different. But Real Salt doesn’t contain enough naturally-occurring iodine to satisfy the recommended daily allowance (RDA) of 150 micrograms. Real Salt doesn’t provide the recommended daily allowance of protein, either. Or fat. Because nature intended salt to provide our bodies with sodium chloride and trace minerals…..not those other nutrients.

So, instead of using chemically-processed, unhealthy salt just because it contains iodine, we’ll stick with Real Salt. We think it’s the healthiest salt around, since it contains 60+ trace minerals (including that oh-so important potassium) and no unhealthy additives. And even though Real Salt doesn’t totally take care of our RDA of iodine, we prefer to get iodine from other delicious sources like kelp, yogurt, eggs, strawberries, and mozzarella cheese. Yum! 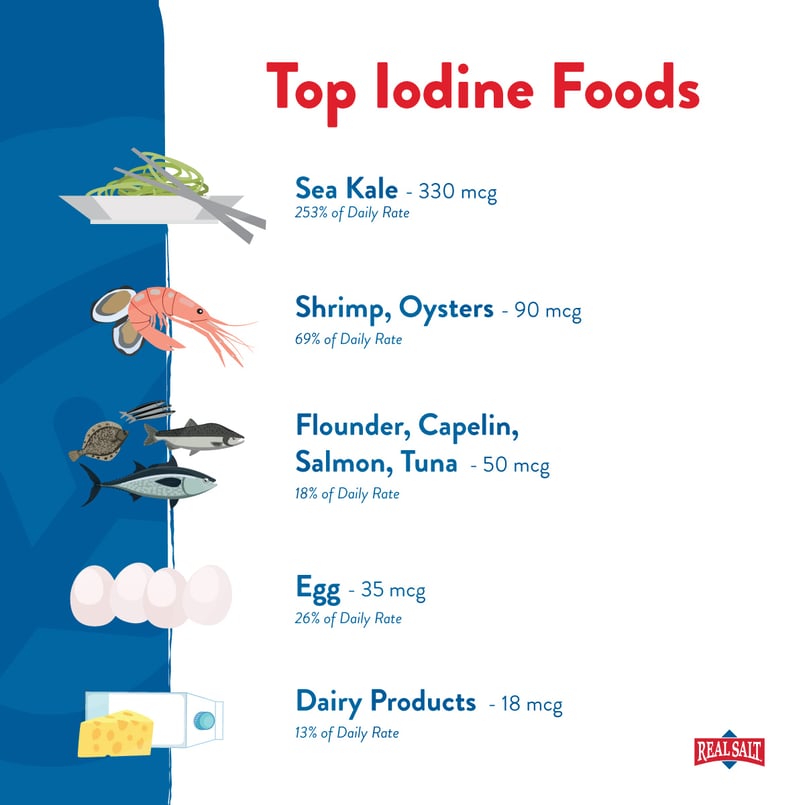