Do You Really Need to “Hold the Salt” to Stay Healthy? 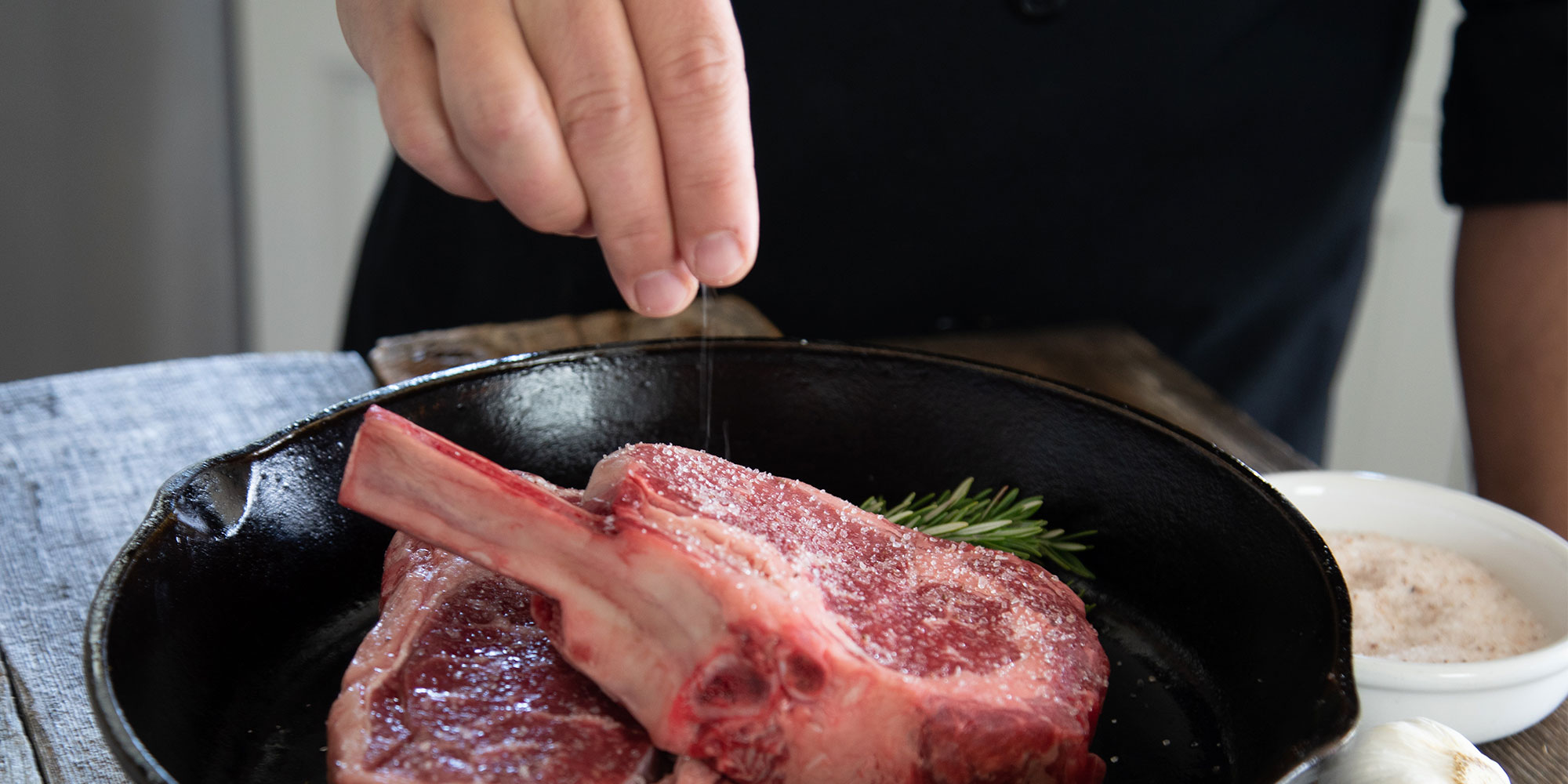 Salt’s bad for you. At least, that’s what you’ve been told your entire life. In fact, politicians in some states (we’re looking at you New York) think salt is so bad they even once tried to ban restaurants from salting food altogether.

That salt ban never stuck (and we’re sure french fry and soft pretzel -loving folks across the state let out a huge sigh of relief). But New York did end up requiring that restaurants put a little salt shaker of warning next to menu items that contain more than 2,300 milligrams of sodium. Not that long ago, international health organizations also encouraged governments to require tobacco-style health warnings on salt.

Is salt seriously so bad for our health that we need laws to protect us from it? Well, we sell salt, so we may be biased. But we think the backlash against salt is a bit overboard. Let’s examine the health effects of salt in context and see what all the fuss is about.

Salt is essential for life

There’s one fact that we need to get clear on right away: Salt is essential for life. Your body needs salt to keep fluid levels in balance, send nerve transmissions, keep cells functioning properly and, you know, not die.

So, why do so many people believe a substance that your body needs to survive is bad for you?

Well, modern salt fears mostly stem from research conducted in the 1970s by Lewis Dahl. In one of Dahl’s studies, rats who received the human equivalent of 500 grams of sodium per day developed high blood pressure. Most Americans get somewhere around 3.4 grams of sodium per day. And that’s considered a lot. So those rats got more sodium than any person would eat. Ever. Even if they survived solely on canned soups (and those suckers contain a ton of sodium).

And that wasn’t the only study that debunked Dahl’s findings on salt and blood pressure. Lots of research that took place in the decades after Dahl’s contradicted his. One large study published in 1988, for example, found that there wasn’t a connection between high blood pressure and sodium intake. Quite the opposite, actually. People who ate the most salt had lower blood pressure than the rest.

A 2006 study published in The American Journal of Medicine found that “sodium intake of less than 2,300 mg (the daily recommended allowance) was associated with a 37% increase in cardiovascular disease mortality and a 28% increase of all-cause mortality.” As you probably know, mortality is just a polite word for dying. So, people who consumed too little salt were more likely to die than other people. Other peer-reviewed journals have released similar results in 2000, 2004, 2006, and even 1960.

Now, this research we’ve shared is just the tip of the salt-berg, as we like to say around here. There’s plenty more research that places the salt-shunning attitude of the past 45+ years in question. Unfortunately, the saltiness about salt that started with Dahl’s research stuck and still exists to this day.

Does this mean you should start using silly amounts of salt in your day-to-day life? Of course not. There’s a Hindu proverb that says, “Even nectar is poison if taken to excess.” Just ask Dahl’s rats. But you don’t need to be scared of salt. Or banish it from your diet to stay healthy.

You may need to be a little more cautious if you have salt-sensitive hypertension, a genetic condition where blood pressure does rise in response to salt. But most people can eat reasonable amounts of salt and maintain good health. Of course, you’ll want to be conscious of the type of salt you’re using, because not all salt is created equal. The quality of the salt you eat (like the quality of everything you eat) is pretty important if you want to stay healthy.

All salt is not created equal

You’ve probably heard that processed food isn’t as healthy for you as whole, real food. And the same is true about salt.

Processed table salt is stripped of healthy, naturally-occurring minerals, bleached, and infused with unnatural additives. When you remove the trace minerals from salt, you typically get a bitter flavor that many manufacturers try to mask with chemicals or even sugar. (Go ahead, grab your salt shaker and read the ingredients. See any dextrose? Yep, that’s sugar).

Even worse, when you consume chemically-treated or de-mineralized salt, your body’s mineral balance doesn’t always respond gracefully. When people started consuming chemically-altered salts 100 years ago, we started seeing an increase in salt-sensitive hypertension and water retention. Interestingly enough, our customers tell us they don’t have the same salt-related issues when Real Salt replaces table salt in their diet.

But what about iodine? Can you get that from whole, natural salt?

As you probably know, one of the ingredients that’s artificially added to processed table salt is iodine. And getting enough iodine is important to the health of your thyroid. In fact, that’s why salt manufacturers started adding it to their products in the first place (you can read more about the history of salt and iodine here).

We keep our salt completely natural— which means we don’t add anything to it, even iodine. It only contains the small amount of iodine that occurs naturally in salt, but not enough to meet the recommended daily allowance (RDA) of 150 micrograms. Honestly, we prefer to get our iodine from naturally-occurring sources like seaweed, shrimp, tuna, yogurt, milk, and cheese. And if you’re a fan of the taste and health benefits of whole, real salt, we suggest you do the same.

The moral of the story? Salt can be bad for your health, but real salt is actually a crucial part of good health! That’s why, more than 50 years ago, we named our brand Real Salt. Your body knows the difference between what’s real and what’s chemically altered. Real Salt is salt exactly the way nature made it. You can taste the difference on your tongue, and you can feel a difference in your health.