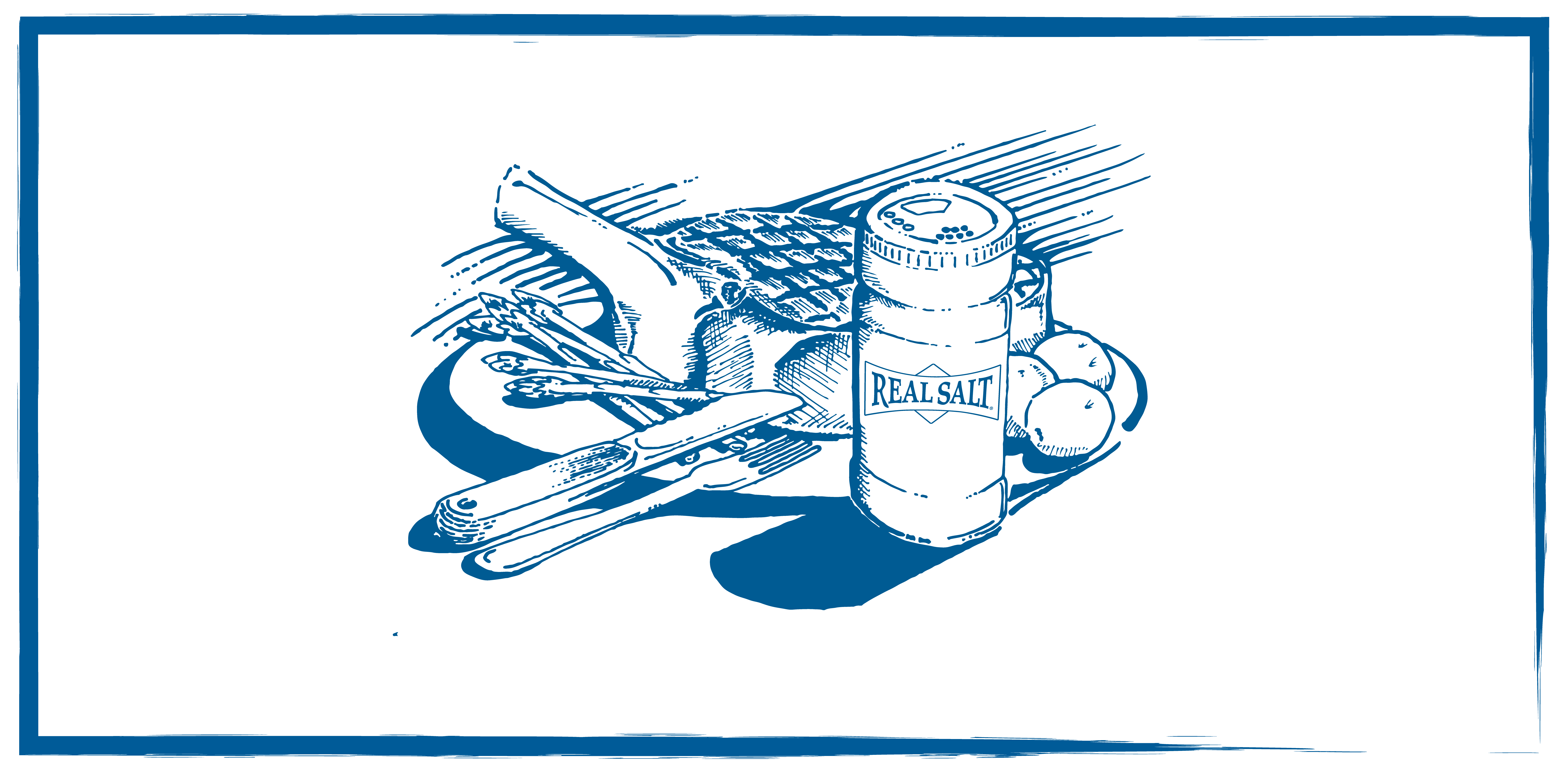 “No ma’am, Real Salt does not fund terrorism.” Hang out in our Utah offices for a while, and you’ll hear these words spoken into the phone by a member of our customer service team. If you could read their emails, you’d find them addressing the topic there, too. But why? Well, some people have been misled to believe that products that bear the Halal certification symbol are funding terrorism, and Real Salt bears that symbol. We’re going to pause right here to say unequivocally that Real Salt is not and has never been involved in funding terrorism. The rumor that companies whose products are Halal certified are directly or indirectly involved in funding terrorist organizations was begun by extremists who want to spread fear and anti-Islam sentiment; this rumor is based not based in fact.

Halal certification does not fund terrorism.

We’ll say it again: Halal certification does not fund terrorism.

What is Halal Certification?

Because many people are unfamiliar with religious practices outside of their own faith tradition, religious certifications sometimes raise questions. Unfortunately, there have been a few poor articles written and shared on the internet trying to link Halal certifications to terrorism. Those claims are false. Halal certification is a designation for members of the Islamic faith that a product is in compliance with their dietary laws, just like Kosher certification is provided for Jewish people who follow kashrut. “Halal” is the Arabic word for “permissible,” literally denoting that a food is permissible for Muslims to eat.

The certification system is, in essence, a health inspection that ensures food and its production processes don’t violate Islamic health codes. For example, a few of the health code requirements are that foods be free of alcohol and intoxicants, free of pork and pork by-products, and free of blood. A company desiring the certification completes an application and pays a fee, and then a representative from a certifying organization completes a site inspection and assessment report, not unlike a state health inspector would. If the company passes, they are awarded the certification and can put the symbol on their packaging.

One of the biggest misconceptions surrounding religious designations of any kind is that there are clergy or an equivalent in the facility blessing the product or performing some religious rite over it. There aren’t. Real Salt is entirely un-blessed unless you decide to undertake that task on your own. A report from Australia’s Parliament sums it up well. “Certification does not require a religious ritual, nor does it in itself make food any more or any less halal. Products are either halal or they are not — certification merely verifies the fact.”

Thanks to a scheme out of Australia, some people worry that Halal certification passes on a hidden religious tax. It doesn’t. We pay a fee to have our facilities and product inspected, and that cost is not passed on to consumers as it more than pays for itself in sales. We also pay fees to be inspected for other certifications such as organic ingredient (OMRI) and Kosher, as well as for food safety audits. It’s part of doing business as a food supplier. The “religious tax” concept is widely recognized as a conspiracy theory pushed forward by the aforementioned extremists.

Where Does the Money Go?

Fees paid for Halal certification are used for normal business operating costs as well as philanthropic causes. According to Halal Australia, “Halal certification profits DO NOT go towards supporting any terrorist activities or violent politically motivated religious organisations. Nor do we have anything to do with any organization or group anywhere in the world that incites violence and are not aligned with our values of freedom, egalitarianism, equality of opportunity, and mutual respect and tolerance.” Investigations into this matter have proven that claims made about Halal-certifying organizations funding terrorist activity are false. “Both the Australian Transaction Reports and Analysis Centre (AUSTRAC) and the Australian Crime Cmmission said they could find no direct link between halal certification and terrorism,” states this article from News Corp Australia about the Halal investigation. (We’re quoting Australian sources because that’s where this misinformation cascade began.)

Why Do We Get Real Salt Halal Certified?

If you’ve been a Real Salt customer for a while, you may have noticed that we have been certified Kosher for quite some time. We do this so our Jewish customers can buy Real Salt with confidence. For the same reasons, we decided to become Halal certified. With about 24% of the world’s population belonging to the Islamic faith, it seemed appropriate to provide the same peace of mind about Real Salt products to Muslims as we do to other customers. We want to support our customers across the religious spectrum, ensuring it is available to anyone who wishes to use it.

We hope this explanation helps you understand Halal certification on Redmond Life products. Kosher and Halal certifications have nothing to do with funding or promoting any ideology, religious tax, or political organization – we include certification badges on our packaging so followers of Judaism and Islam will know they can trust Real Salt as part of their diet.