What is Kosher Salt, Anyway? 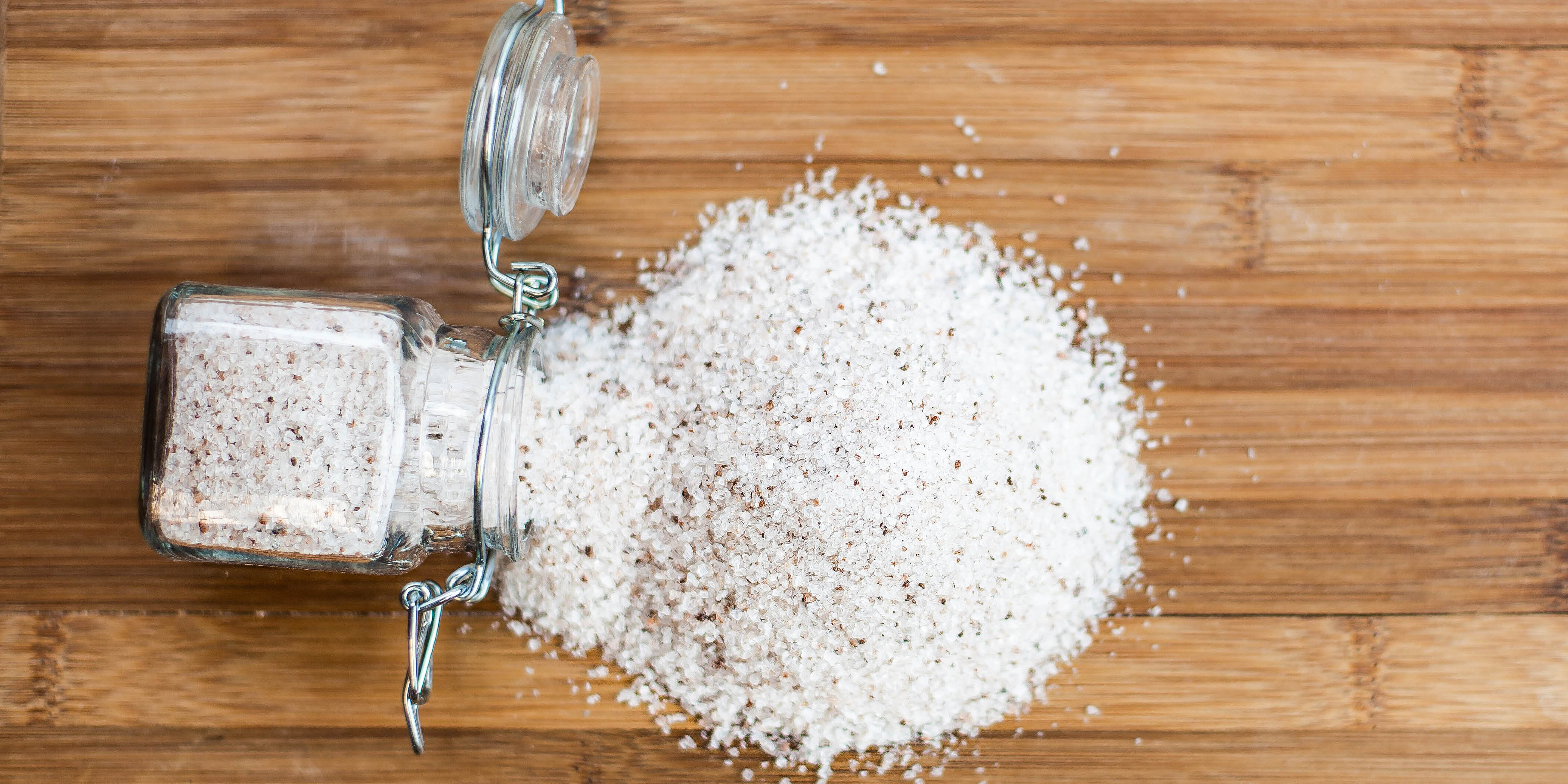 Ever stood in front of a grocery store salt display staring at table salt and kosher salt wondering what the heck the difference is? What is kosher salt, anyway? What are you supposed to use it for? Is it only for Jewish people?

First, let’s clear up a common misconception. Kosher salt isn’t just for Jewish people following a kosher diet. In fact, not all kosher salt is even kosher certified (kosher certification guarantees that a food has been made in accordance with all the rules followed in a kosher diet). But kosher salt’s roots do come from the Jewish religion.

It's All About the Size

Kosher salt is a coarse sea salt with a larger grain size than table salt (although it’s not the biggest grain size...that honor goes to the coarse salt you put in a grinder). Salt of this size is used in koshering meat for people who follow Jewish kashrut (dietary laws), which is where the name comes from. For some reason, the “ing” on koshering was dropped along the way by a few companies, and eventually everyone else just followed suit.

When you buy kosher salt, you’re getting a larger salt grain that is flat or pyramidal. This is the ideal salt grain size for seasoning meat, since its greater surface area draws more blood and juices to the surface. In fact, that’s exactly why it’s used for koshering meat.

Koshering meat is a multifaceted process that ensures that the meat is fully compliant with kashrut. Once butchering is complete, kosher preparation involves soaking the uncooked meat in water and then coating it in salt to draw the blood, since consuming animal blood is prohibited in Judaism. The salted meat hangs for one hour, and then is washed three times in clean, cold water until no salt remains. After this, the butcher can dry it and prepare it for selling.

For salt (even kosher salt) to be certified kosher, it needs to be vetted by a rabbinic agency and found to be in compliance with the requirements of kosher law. The agency then grants the kosher certification, and the company that makes the salt puts a kosher certification symbol on their packaging, so people can choose a product that aligns with their religious standards. 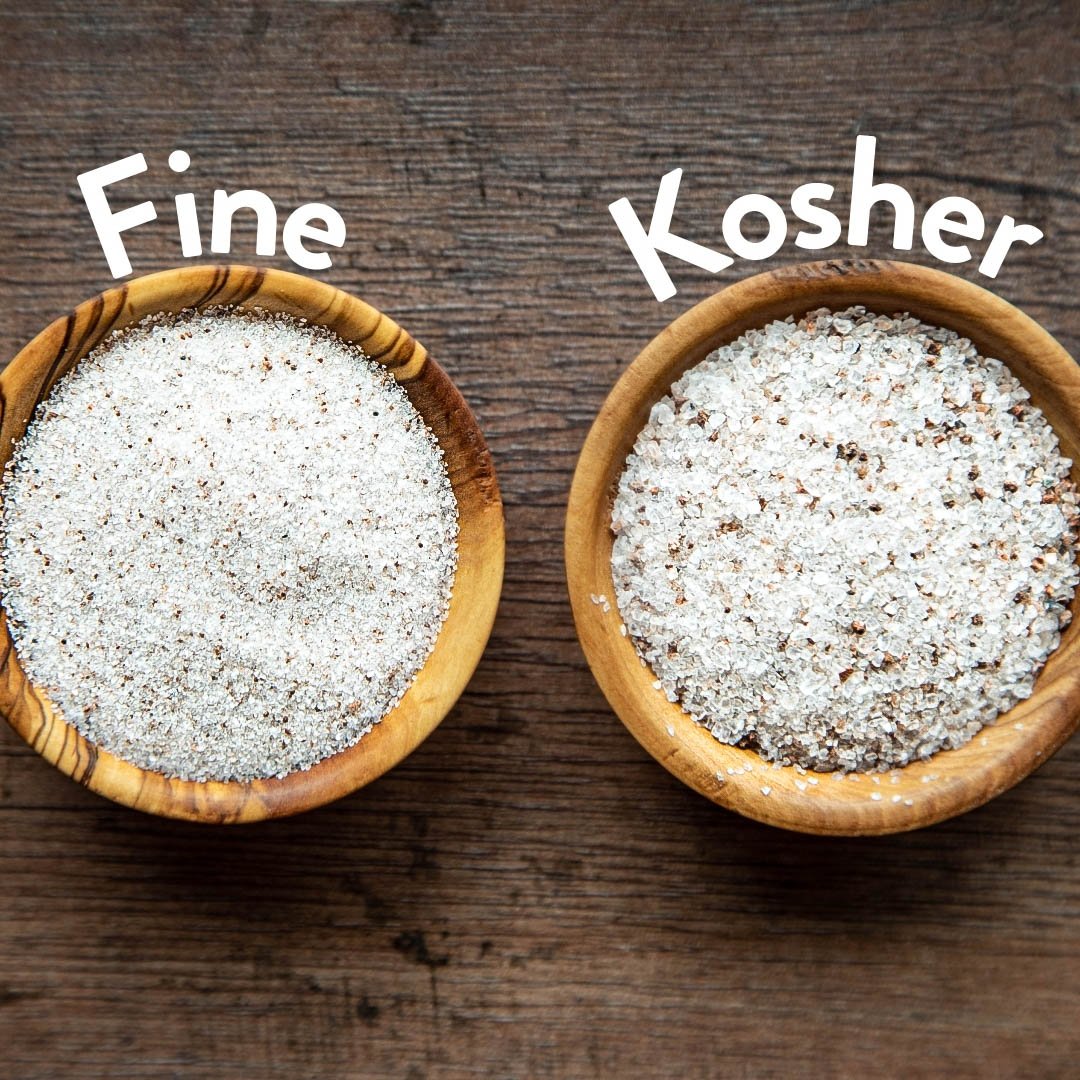 How to Use Kosher Salt

Now that you know what kosher salt is, there are a few more things you need to know to get the most from kosher salt in your kitchen.

For starters, while kosher is always larger and coarser than table salt, actual size varies from brand to brand. Variations in size and shape can mess with your measurements when cooking, so we recommend tasting as you go if you’re using a new brand.

On that same note, it’s crucial to remember that kosher salt and table salt are chemically the same, but NOT 1:1 interchangeable in recipes. Don’t try it. Disaster—or poorly seasoned dishes—may ensue. Kosher salt is larger and more irregularly shaped than table salt, so it doesn’t pack as densely in measuring spoons. It’s counterintuitive, but you’ll need more kosher salt to reach the same level of saltiness as a smaller portion of table salt. Generally, you’ll need twice as much kosher salt as table salt. But again, taste as you go.

If you’re baking, we suggest not using kosher salt (unless it’s specifically called for) for two reasons: it doesn’t always dissolve evenly and baking is like chemistry— it requires a very precise amount of each ingredient to achieve the desired result. That said, kosher salt can make an interesting and delicious finishing touch on baked goods. Some people like to sprinkle it on sweets like cookies for a pop of salty contrast, and it’s perfect for topping homemade soft pretzels or bagels.

How to Store Kosher Salt

Lastly, it’s important to know how to store your kosher salt. While it basically never expires, correct storage will keep it fresh and flavorful. The bigger granules don’t lend themselves to salt shakers, which is why it’s often served in small ramekins at the table. In humid environments, open storage like this can eventually lead to clumping (especially in natural sea salts that don’t contain anti-caking agents) so it’s not our first choice. We prefer a jar, pouch, or other reusable container if its original packaging isn’t a good option.

Got a sudden craving for kosher? Our unrefined ancient kosher sea salt is great for cooking meats, veggies, and more. Give Redmond Real Salt Kosher a try.

What is Kosher Certification?— OU Kosher.